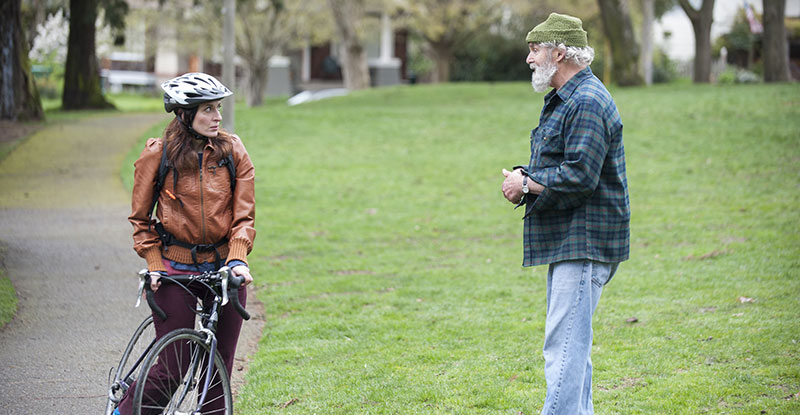 Phoebe (Marie Lazzaro) is just starting to find her passion as a competitive cyclist when her estranged father Ben (Lawrason Driscoll, M*A*S*H) comes back into her life. As her brother makes efforts to patch things up, Phoebe tries to find answers about their mother, an artist who left when Phoebe was a child. In doing so, she opens a vein of loss that’s divided the family. Phoebe sets her sights on racing, pushing herself harder and faster; but the old evasions won’t work anymore, and Phoebe has to face her past head on.

Director John Helde and an award-winning cast worked together to improvise the story for this touching and bittersweet family portrait set in Seattle.